As they say all good things must come to an end and it appears that harvesting for the 2012 season has just about ended here on the mountain.  We have had rain since the night of the 25th and there is no end in sight.  The forecast for the next 8 out of 10 days is rain.  I was starting to loose things due to all the wetness so between showers decided it was time to end the gardening season for the year. 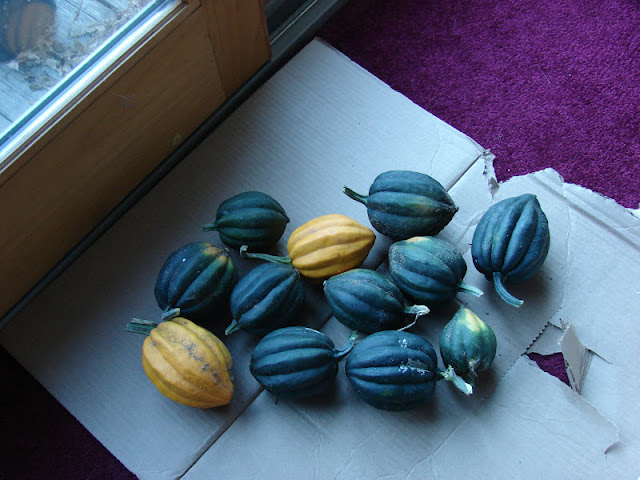 Acorn Squash.  9 1/4 pounds.  These are an heirloom bush acorn however, see those 2 golden acorn.  I planted 25 seed and one plant produced those 2 squash.  I had planned on keeping the seed for next year but they are now cross pollinated so will have to order seed again next year.  Not too happy about that.  They are setting in front of the slider hoping some day to see the sun again so they can finish curing. 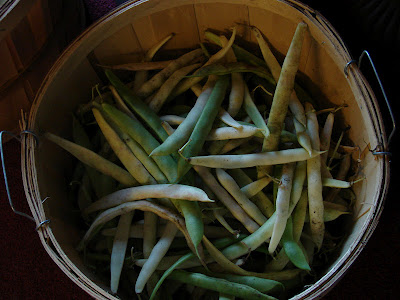 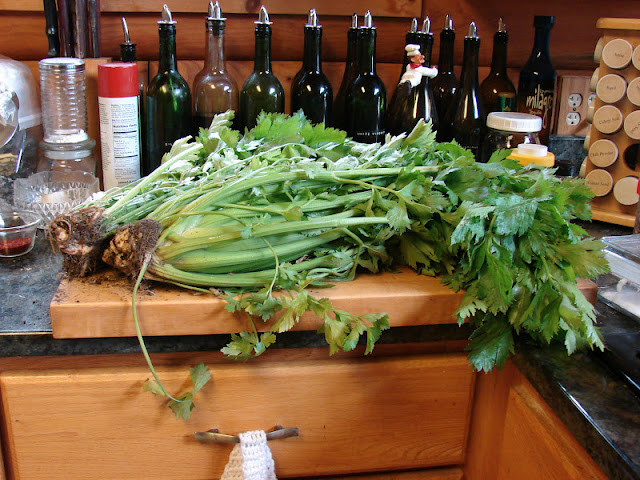 last to bunches of celery 4 pounds 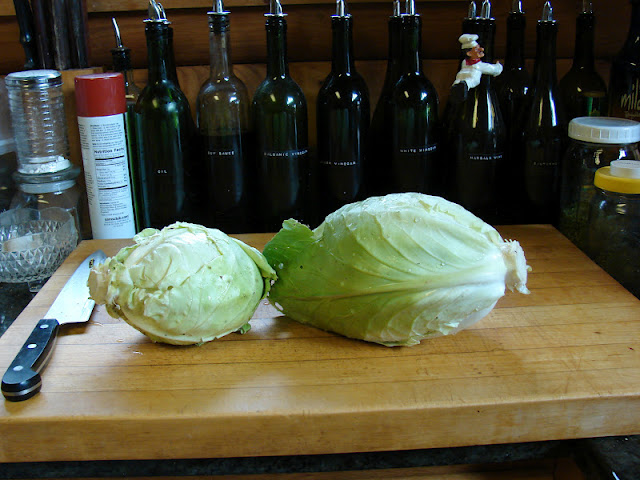 Picked 4 cabbage but only 2 were worth a photo however did have a total of  7 1/2 pounds including what I was able to save from the 2 bad ones.

Also pulled the last of the beets which are very small and haven't weighed yet.  Got 3 heads of cauliflower that weighed in at a total of one pound.  Fed those to the critters.  There were also a few side shoots of broccoli that weren't weighed in.

The lose on the cabbage and cauliflower were my fault.  Neglect will do it every time.

Still have butternut squash, potatoes, brussels sprouts and basil in the garden.

Be sure to visit our host,Daphne's Dandelions and see what others are harvesting or doing to start their new gardens around the world.
Posted by wilderness at 10:35 AM

Make your own packaged food Recipes

How Frugal are you?